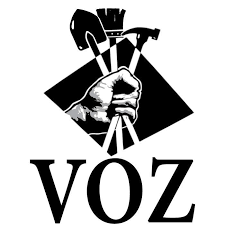 Voz is a worker-led organization that gives power to immigrant workers that may not otherwise have the means to organize and bargain for humane working conditions and fair wages. Having the ability to organize and fight for these universal goals gives immigrants the ability to work, to better empower and enrich their communities and lives.

The Voz: Workers Rights Education Project is currently campaigning for their Building The Dream campaign, petitioning the city of Portland for the rights to purchase the property at 240 NE Martin Luther King JR Blvd., to provide immigrant workers and day laborers with a place to meet potential employers, discuss the conditions of their labor, while having the choice to sell their labor to whomever they believe will give them the respect that they deserve.

As such, Voz requires support from community organizations to help them fight for these rights, and to show the city of Portland that the community stands with them and will help defend the exploited and under-privileged workers that move our city and society forward. The Portland Industrial Workers of the World has long worked alongside the VOZ: Workers Rights Education Project and firmly believes that day laborers – like all workers – should have secure sites from which to organize and direct their own labor.

Interested in labor news and I.W.W. activities throughout the world? Our excellent newsletter, The Industrial Worker, will help keep you updated about working class struggle and the continuous growth of the One Big Union. Articles in this issue: The Story And Struggle Of Starbucks Workers In Chile, In November We Remember, a special on Sexual Harassment in the Workplace and more!

Print subscriptions are available. Copies are also available at the Red & Black Cafe.