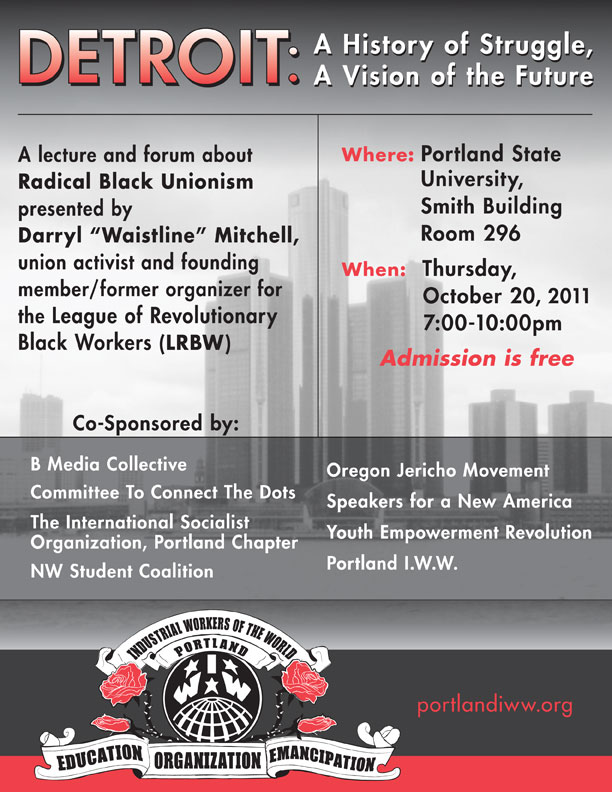 The IWW Portland Branch is hosting a free Radical Movie Night! The night will begin with a brief introduction about the content of the film. Then a viewing of Finally Got The News: a documentary film about the League of Revolutionary Black Workers. It will be followed by a discussion about the film, radical labor, and African-Americans in the Labor Movement.

The film documents workers’ efforts to build an independent Black labor organization that, unlike the UAW (United Auto Workers), will respond to workers’ problems, such as the assembly line speed-up, dangerous working conditions, an extreme lack of opportunity to advance and inadequate wages faced by African American workers in the auto industry.