PDF version can be found here

We are asking organizations to endorse our call for all charges related to these protests to be dropped. We’ve written a guide for how union members can bring it to a local meeting to endorse it.

We also have a petition for individuals to sign.

On January 20, 2017, thousands took to the streets of Washington, D.C., to protest the presidential inauguration of Donald Trump. During one of the many marches held on Inauguration Day, the D.C. Metropolitan Police Department showed the world how it planned to treat dissent moving forward: Shortly after the protest began, hundreds of protesters were attacked with pepper spray, rubber bullets, and batons. Police confined over 200 people within a “kettle” for hours before arresting them. Every protester’s cell phone was confiscated as evidence and rooted through. Upon being released, they were handed a riot charge. Months later, US attorneys piled on 8 additional felony charges, including “Conspiracy to Riot”. Protesters now face up to 75 years in prison – all for attending a demonstration.

Among the people arrested were over two dozen members of our union, the Industrial Workers of the World, and its affiliated legal defense and community organizing body, the IWW General Defense Committee (GDC). Within the IWW and GDC, we don’t shy away from our members’ politics, and support our members’ rights to express their politics through protests and marches, a tradition that goes back within our union to battles over free speech in the early 20th century.

Since the arrests, D.C. prosecutors and police have shown a disturbing pattern of repression as well as specific targeting of IWW and GDC members. Our members had their union cards and buttons confiscated and held as evidence. Months after the protest, three individuals (including two prominent members of the DC IWW local branch) were served with warrants for their arrest on charges of conspiracy to riot. Prior to their warrants being issued, the prosecutor’s office revealed that they had created separate trial groupings, including one grouping where nearly all defendants were IWW or GDC members. While they will not say as much in public, it has become clear that the city attorneys for Washington, D.C. are treating membership in our union as evidence of a criminal act.

This is not the first time the IWW has been targeted for repression, and it is unlikely to be the last. The crackdown on protesters in D.C. is part of a larger effort to criminalize and silence dissent in working-class and marginalized communities. D.C. is just one of more than a dozen states that are attempting to quell dissent through legislation or harsh legal penalties. This is not a coincidence. People in power want activists and organizations to be afraid to protest Trump’s agenda.

The labor movement cannot succeed if union members are treated as criminals when protesting anti-union and anti-worker politicians and their policies. No social movement can operate in repressive conditions like that. We have always stood by the principle that “an injury to one is an injury to all.” In this spirit, we are calling on our friends and allies in the labor movement, as well as in allied progressive or left groups, to share this letter and pass the following motion within your union local or organization:

Contacting info@midatlanticgdc.com to add our organization’s name to those endorsing this letter, to be found at www.midatlanticGDC.com/letter

Requesting the appropriate officer or individual send an expression of our support for the above demand to the United States Attorney’s Office, ATTN: Channing Phillips, 555 4th Street NW, Washington, DC 20530

Encouraging our members to get involved in the effort to support all defendants at www.defendj20resistance.org and www.midatlanticGDC.com.”

This was originally sent to KOIN 6 as a response to the events that took place on May Day in Portland.

The Industrial Workers of the World is proud that we were able to celebrate International Workers Day and march in solidarity with so many organizations which are essential and vibrant to the community of Portland and at large. International Workers Day is an important holiday that showcases the struggle of all workers against the wholesale societal systemic oppression brought about by corporations, CEOs, and the mega-rich capitalist class. The fact that there was such a strong contingent of marchers from all walks of life is representative of the American working class.

The Portland Police Bureau’s use of violence against workers and their families – as well as the children who were in the crowd celebrating the holiday with their parents – is a travesty and a violation of both human rights, as well as the right to peaceful assembly. We condemn their efforts in restricting accessibility to fellow workers with disabilities, and their blatant disregard for the health and well-being of the people they have sworn to protect. By direct contrast, they assisted visible white supremacists and white nationalists at the “March for Free Speech 82nd Ave,” specifically a non-permitted march by pro-Trump supporters on April 29th by chartering Tri-Met buses and public transportation to get these people, some of whom were making Nazi salutes during their protest, back to their vehicles.

Our goal is and has always been to support and assist the workers of the world, and we will continue to fight for the needs of all in the face of police and capitalist oppression, and stand by our watchword that an injury to one is an injury to all. As such, the Portland Police Bureau inflicted shameful injury against the workers, their families, and their children during the May Day march; we will stand against that in solidarity with our fellow workers.

For the last 20 years the Portland IWW has been a consistent and innovative organization at the forefront of militant labor organizing in our region. Hundreds of people have been involved in our union throughout this time, many are still active today, and others are just getting started. It’s time to celebrate this legacy, in a time when unions are needed more than ever.

This event will be an opportunity to meet up with old comrades, and learn more about what the IWW is up to today. Our friends at Cider Riot!, Portland’s newest cider bar, will be hosting us in the cidery. There’ll be plenty of opportunities to mingle, share stories, and view a slideshow of years past. The event is all-ages, and open to all friends, family, and fellow workers from near and far. Our Junior Wobblies coordinators will be on hand to provide kids activities on site!

There is a suggested donation of $5-$10 to help fundraise for the Union Benefits program of the Burgerville Workers Union, an IWW organizing campaign. There’ll be pizza on hand too, courtesy of Scottie’s Pizza. Be sure to RSVP with this link to secure your slice! 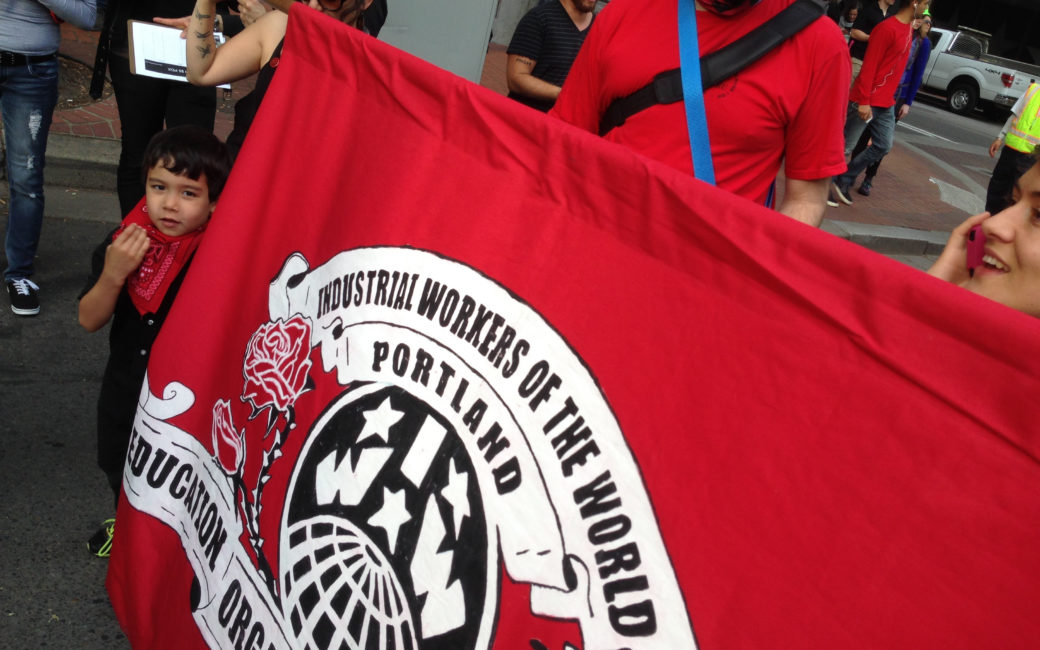 Learn more about your union and how we keep it democratic.

PART 2 in our Introductory series about the IWW!

In our recent Introduction to the IWW “101” class, we discussed what makes the IWW unique in comparison to other unions, we talked about the key principles of Solidarity Unionism and Direct Action, and we had a discussion about the Preamble to the IWW Constitution.

In this second class, we will talk about the organizational structure of the IWW (both locally and internationally), some active organizing projects of the IWW, a little IWW history, and we will discuss the various resources of our union.

This class is FREE and open to all workers. Participation in the recent Introduction to the IWW “101” class is not required; please let us know if you have any questions.

Light snacks will be provided!

The Portland I.W.W. is proud to present
PROLER-SKATING: A Rollerskating Party For All Workers!

Please join us for our FREE rollerskating party at the Mt. Scott Community Center’s roller rink on Sunday, Oct. 23!

October is WOBtober, and we’re going to celebrate with a fun, family-friendly event that is open to everyone (except bosses, of course). There will be:

Please share this event with your family, friends and comrades!

* note: alcohol is not permitted at the Mt. Scott Community Center. Let’s save the spirits for later!

Watch as an overworked and disrespected Roseanne fights back against her boss at the Wellman Plastics factory with her characteristic sharp wit!

And then, witness not one but TWO strikes in the town of Springfield, as the teachers go on strike in one episode of The Simpsons, and the nuclear power plant workers go on strike in the other. Homer Simpson as union president is nothing short of amazing…

IWW Worker Wednesdays are a great opportunity to meet some Wobblies and other workers, talk about campaigns & union stuff, and get to know each other.

Popcorn will be provided, BYOB or other snacks!

Hosted the the PDX IWW Education and Outreach Committee

Need childcare in order to participate? Email our Junior Wobblies coordinator ASAP to talk about options. 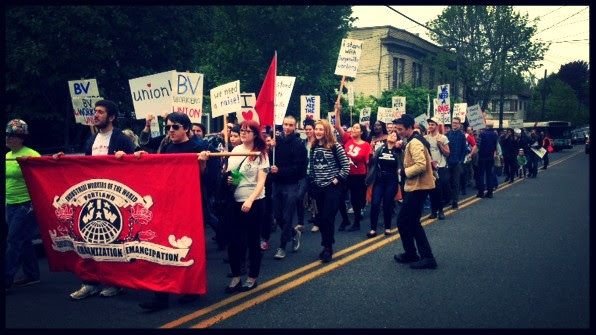 All workers welcome! Learn more about the key principles and values of the Industrial Workers of the World in an engaging and welcoming environment. We want you to join and help build the union in your workplace. This introduction class is a great first step!

Need childcare in order to participate? Email our Junior Wobblies coordinator ASAP to talk about options. 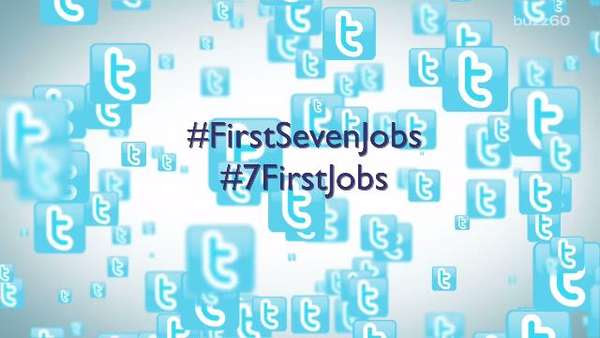 What were your first 7 jobs?

Share your stories, and learn more from your friends and fellow workers…

You might have seen #firstsevenjobs buzzing around on social media last month. The Portland IWW invites you to an event to eat some food, share our “first seven job” stories, and hear yours!

We’ll have a few Wobblies get us started by sharing their stories, and then open up the mic. At the end, we’ll award some prizes for the winner of our special BINGO. No need to feel embarassed, everyone’s got a great story to tell!

This will be a potluck so in addition to bringing your stories, bring a labeled dish/beverage to share!

If you’ve never been to our hall or any Portland IWW event, this will be a good first event to make it out to! The Portland IWW Hall is located at 2249 E Burnside St.

We hope to see you there! 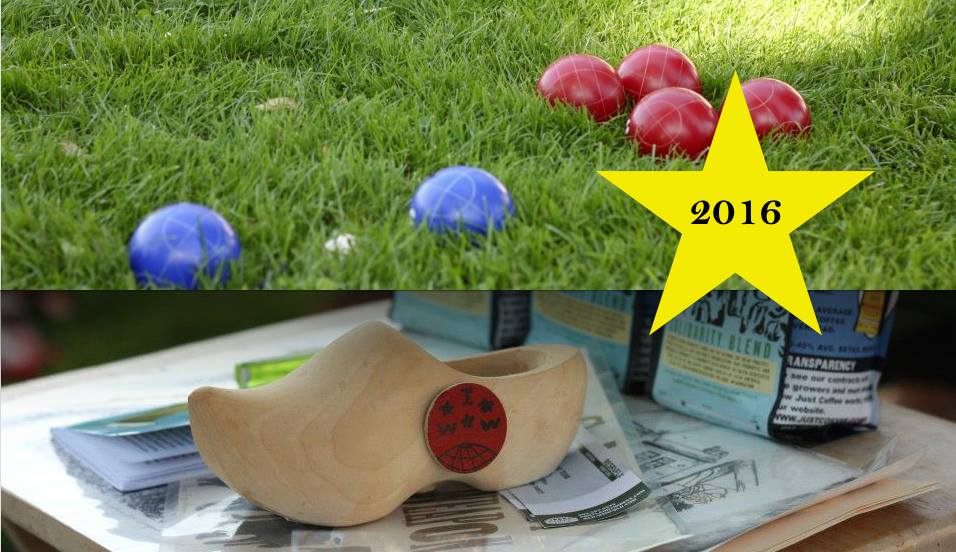 Fellow Workers! Please join us for our annual “Roll The Union On” Portland IWW Bocce Tournament!

The entry fee for the tournament is $10-15 sliding scale, and the funds will go to the Portland IWW Union Hall. The winner will take home glorious prizes!

Food & drinks will be provided (BBQ action with both a meat and a vegan grill), but please feel free to bring along some grillables and other potluck treats! Also, B.Y.O.B.! (we have the proper permit)

This event is open to all Fellow Workers and our comrades!

All workers welcome! Learn more about the key principles and values of the Industrial Workers of the World in an engaging and welcoming environment. We want you to join and help build the union in your workplace. This class is a great first step!

The IWW is on the move in Portland. How do you want to get involved?